Why I Am Striking

A little over two years ago in November 2011, my second year as a Primary School teacher, I went on strike for the first time. Back then, I wrote a short blog about it. And looking back at it, I didn't realise how much could change in such a short space of time or how damaging it could be to teaching as a profession and education in the UK. From the rapid Academisation of schools in the UK, to the demographically ignorant spread of Free Schools, unqualified teachers, a curriculum that’s been roundly criticised by those who were consulted on its creation, OFSTED first being used as tool for failing schools and then coming under attack itself, performance related pay breaking the national pay spine, assessments for four year olds, statutory Year 1 phonics assessments that are nothing to do with reading, 60 hour workloads, PISA panic, not to mention Marxist Enemies of Promise and the mythical terror of ‘The Blob’.

Not to mention Gove's come to bed eyes.

Teaching and education hasn't undergone a revolution in the UK, regardless of what Gove says. It’s taken a battering, a kicking from which it’s touch and go whether it will recover at all. And it’s all clinically intentional. Take Gove’s recommendations to the STRB, which were dismissed summarily in February, regarding extending the school year, removing limits on hours teachers work in a year and removing the guarantee of 10% of the week for planning, preparation and assessment time. All of these would have made the job more difficult for teachers, while doing almost nothing for children. An already overloaded teacher, given less preparation time and more hours to need to prepare for, is not going to deliver improvements.

I know statue, I know.

I’m striking on Wednesday, March 26th because there is literally no other recourse to action to indicate just how desperate the situation is for the concept of an equal, universal education in this country. With the September 2014 abolition of National Curriculum Levels, each school will become a lonely outpost working on its own way of assessing children. In effect, the guaranteed equality of the national expected progress for each year group will vanish, which will lead to a patchwork of ideas which may bear little resemblance to the school a half mile away. Education is  becoming a centralised set of rigid exam barriers for children to overcome, while simultaneously the state provision of education is being dissolved.

But I’m also striking for my profession. Because teaching is a profession which ensures more future profit for everybody than any private company. In Primary, we are giving children the tools they need to be able to explore and wonder at their world, developing passions in science, maths, sport, art, technology. The five and six year olds in my classroom are more important than HS2 or a third runway at Heathrow. And they deserve qualified, experienced teachers, or enthusiastic newly qualified teachers.
Because they need to be qualified, aware not only of classroom practice but steeped in effective pedagogy. They need to be taught about teaching before they learn how to teach. And they must be given time to develop as teachers. The forced grow tank of SchoolsDirect does little more than teach them how to act like teachers, without developing the depth of knowledge to become effective practitioners. The 40% drop out rate says far more about the strain of the profession than any weakness of the individual.

Nobody gets into teaching because it is easy. And when teachers complain of increased workload, they realise that despite working until midnight and weekends, there will come a point where the quality of education delivered in the classroom will suffer as a result of the administrative constraints of Gove’s ‘reforms’. My colleagues and I have a shared guilt, that on weekends and evenings and half terms we should be using the time remaining after we have finished our marking and assessing and planning to do that little bit more, just a few hours. And that is after our 60 hour week, an equivalent to working 8 hours a day, 7 days a week.
On Wednesday 26th March I will be called outmoded, dangerous, irresponsible and lazy for taking action based on the concerns I have expressed above, which form only part of my overall reasons for striking. On Thursday 27th March I will return to ensuring that I provide my pupils with the highest quality of education that my qualifications and experience allow me to. And I will do so in spite of Michael Gove, not because of him. 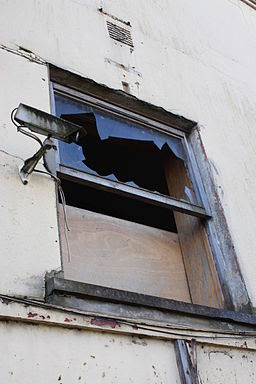 If UK education was a window, then every single Education Secretary in history has complained that it is dirty. And they have all attempted to clean it, through one method or another. National Curriculum ‘89 and ‘99, National Strategies, Literacy and Numeracy Hours, Synthetic Phonics, Creative Curriculum. Gove is the first to smash the window, pay people to take away the shards without knowing if they even know how to clean and then has the audacity to tell us he’s the greatest window cleaner in history.
Posted by Unknown at 15:03