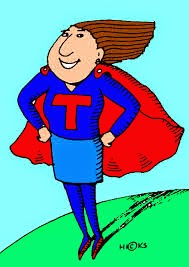 A National Teaching Fellowship will pay the best of the best to work in failing or inadequate schools. I want to see 1,500 of these top teachers signed up and in post by 2020. That means two in every school; every child within reach of first class teaching.

Where to even start with this hugely insulting nonsense?

The UK has the second best education system in Europe and the sixth best education system in the world according to a recent study. Every child already has access to first class teaching. It's a huge insult to the teaching profession to suggest that they don't.
The fact is that teachers are constantly being told that they are doing it wrong and other people know how to do it better. This is demoralising whether you are a classroom teacher, middle management, or a head. Being ‘offered support’ has come to have a whole new meaning in education circles. People wince when they hear it, knowing that it will usually entail not genuine support, but a constant stream of critique that is undermining and destructive.

And it’s not like we haven’t been here before. Before 'superteachers we had 'superheads'. We had superheads like Richard Gilliland (who employed his son and his daughter and resigned after government auditors uncovered a series of extraordinary purchases including hi-tech gadgets, antiques and sex games), like Jo Shuter (despite being given a CBE and a head teacher of the year award, she was investigated for fraud and struck off the teaching register after using school funds to pay for her own birthday party), and like Sir Alan Davies (knighted for services to education he narrowly avoided jail after pleading guilty to six charges of false accounting).

Do you see where we're going with this?


For the record we don't know any teachers - heads or otherwise - who don't want to get better at what they do. And mentoring and coaching done in a collegiate way can be extremely effective. Sharing and building on good practice is essential to developing and improving education (and incidentally is one of the many things which performance related pay could destroy).


Superteachers? Thanks for the idea Dave, but it's about time you and other politicians told the truth. This country is already full of superteachers and they are fed up with being denigrated and insulted by you.
Posted by Unknown at 02:43 9 comments: